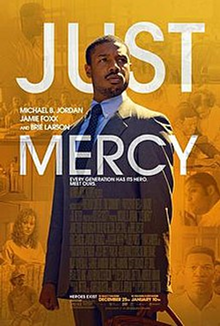 Just Mercy is a 2019 American biographical legal drama film starring Michael B. Jordan as Bryan Stevenson and Jamie Foxx as Walter McMillian. It explores the work of young defense attorney Bryan Stevenson who represents poor people on death row in the South. Featured is his work with Walter McMillian, who had been wrongfully convicted of the murder of a young woman.

John Dalton: John is a Cookeville native and son of Beth Anderson.  He graduated in 2009 from Stanford Law School. Prior to joining Equal Justice Initiative as Senior Attorney, he clerked for Judge Pamela Ann Rymer on the United States Court of Appeals for the Ninth Circuit and was an associate at Davis, Polk & Wardwell. He has a B.A. in Political Science, History, and Religion from Carson-Newman College in Jefferson City, Tennessee.